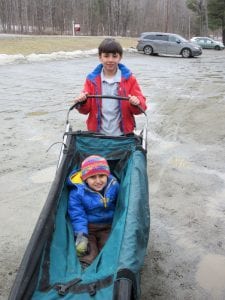 I chose Michi as my musher to follow in the Iditarod.  He was born in Japan.  He hiked every summer.  I chose him because he is Japanese.

I read Kavik during the Iditarod.  Kavik is a hurt wolf pup who is in a cage and is very smart.  I made the prediction that Kavik will get along with the people.  I predicted this because he is treated like a pet.  The dad said that a people doctor would not want to treat a hurt dog.  He would think it was a wolf!  I thought the most exciting part was when he goes to see the doctor because you just don’t know if he will heal or die.

I learned a lot about mushing during the race.  Sled dogs have to have a lot of calories to run.  If a musher’s dog is hurt, he gets dropped out to go home.  You have to win with at least five dogs.  If you finish, you get a prize.  You can have two lead dogs.  If your team quits, you should quit too.

I made a list of strong Iditarod verbs to use in my writing.  I chose eat, feed, slide, howl, run, sleep, snore, leap, sit, and shine.

I compared the sport of mushing to a sport I enjoy, writing.  Writing is different because you can do it anytime, no animals are needed, it is fantasy, and you can do it anywhere.  Mushing is different because only dogs are needed and you have to stay on the trail for the race.  They are alike because you can get awards for both, and men and women can do them both. 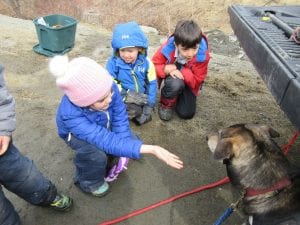 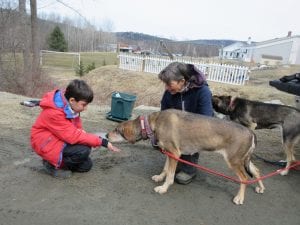 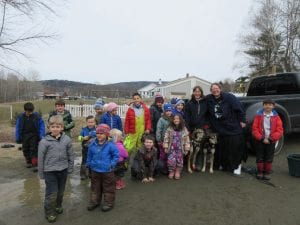 Ms. Richardson came to our school to meet us with her dogs.  She is a musher.

Ms. Richardson, thank you for coming to our school to teach us about what you do when you race.  Fiona was the loudest, but the best.  Dory was nice, but she was not very playful that day.  I thought that pulling the dog sled was a fun workout for the body and the brain.  We went in circles pretending to be the dogs, and then the preschoolers pulled while we watched.  When she said mush, we would pull the sled.  Seeing a musher was so much fun! 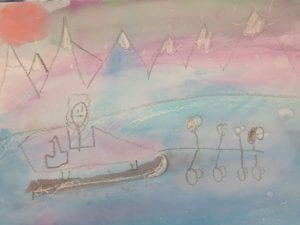 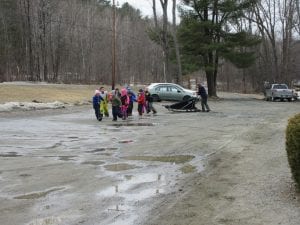 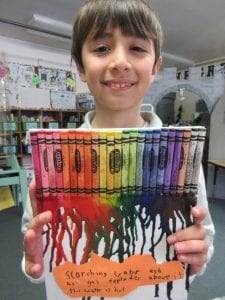 As gas explodes above it

The water is hot

I like my school because music fills my ears in music class.

My heart goes fast at gym.

My mouth goes wild at Spanish.